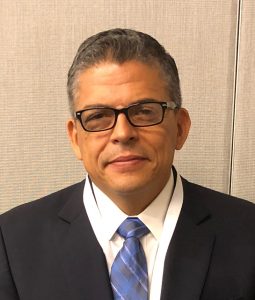 Dr. Manuel Fonseca is a nationally recognized, award-winning Fire and Safety Executive, with over 30+ years’ leadership experience. He began his career as a volunteer fire firefighter at the age of 16. In 1985 he joined the Nashville Fire Department and worked his way up the ranks to the position of Assistant Fire Chief. He retired after 30 years of service.

Dr. Fonseca holds a doctorate in Educational Leadership (EdD), and has leveraged his academic success with his firefighting leadership experience to teach and mentor the next generation of leaders.

As a public servant, Dr. Fonseca received The President’s Volunteer Service Award by President George W. Bush during a White House Ceremony, for his commitment to living a life of service and taking positive actions that changed his communities. Dr. Fonseca has also been invited to the White House on several other occasions to participate in the White House Hispanic Heritage Month and Cinco de Mayo Celebration. Recently he attended a White House meeting with Secretary of Labor Perez to discuss and be part of the development of a new Department of Labor’s First Responder Research.

Dr. Fonseca has also led teams and cultivated and maintained strong relationships with intergovernmental, professional, academic, community leaders, and the public to achieve business goals and ensure the success of various fire and life safety programs. He has appeared numerous times on-camera and held interviews as a subject matter expert, community leader, and change agent on National Television. He is currently developing a new leadership theory which he plans to publish in 2019.

Leading by example, Dr. Fonseca is a life-long learner making the world a better place by giving back to his community.

To join NAHFF, please complete the membership application and submit payment of $50.00.

We the NAHFF, with unfaltering faith in the divine power of almighty God and invoking His gracious blessings, do hereby ordain and establish this constitution to guide the destinies of our Association, in accordance with the philosophy, aims and purposes herein set.